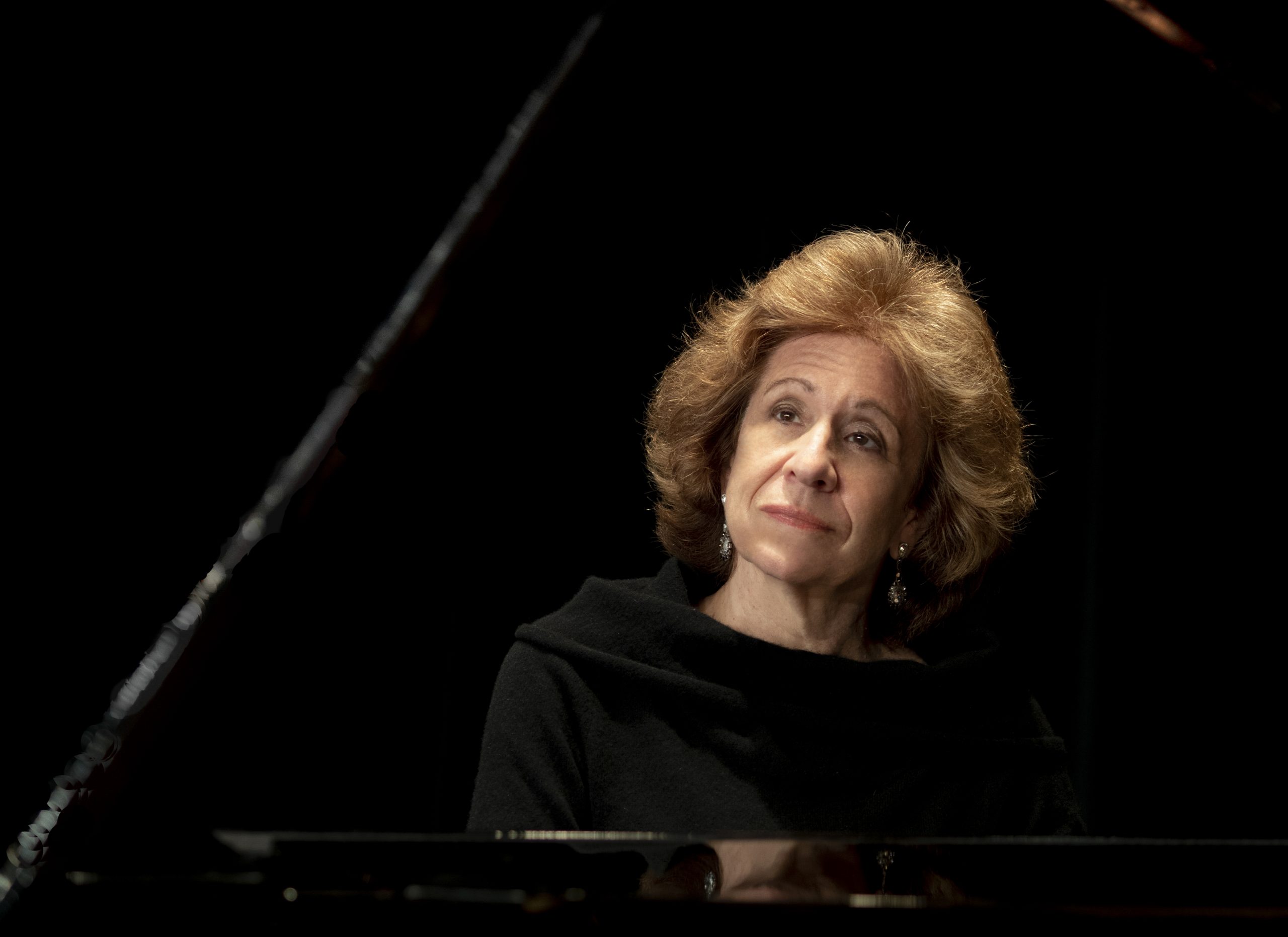 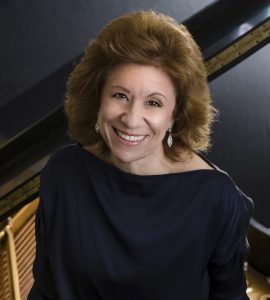 Pianist Joanne Polk was catapulted into the public eye with her recordings of the complete piano works of American composer Amy Beach (1867-1944) on the Arabesque Recordings label.  Ms. Polk celebrated the centennial of Beach’s Piano Concerto by giving the work its London premiere with the English Chamber Orchestra at the Barbican Center under the baton of Paul Goodwin.  A few days later, Ms. Polk performed the Piano Concerto with the Women’s Philharmonic in San Francisco with conductor Apo Hsu in a performance described as “brilliant” by critic Joshua Kosman of the San Francisco Chronicle.  He went on to describe Ms. Polk’s performance as, “an enormously vital, imaginative reading.  Her playing was expansive in the opening movement, brittle and keen in the delightful scherzo.  She brought a light touch to the foreshortened slow movement and fearless technical penache to the showy conclusion.”

The first recording in the Beach series, by the still waters, received the 1998 INDIE award for best solo recording.  Empress of Night, the fifth volume of Ms. Polk’s survey of Beach’s piano works, includes the Piano Concerto with the English Chamber Orchestra, Paul Goodwin conducting.  The sixth volume of the series, Morning Glories, joins Ms. Polk with the Lark Quartet in three outstanding chamber music works by Amy Beach.  Two all-Beach performances at Merkin Concert Hall, which featured Joanne Polk and the Lark Quartet, were applauded by the New York Times, as they deemed Polk’s performances “polished and assured.”  American Record Guide reported, “Polk and the Larks played their hearts out.  We in the audience shouted ourselves hoarse with gratitude.”

Prior to recording the complete piano music of Amy Beach, Ms. Polk recorded Completely Clara: Lieder by Clara Wieck Schumann, her debut CD for Arabesque Recording, featuring Metropolitan Opera soprano Korliss Uecker.  This CD was selected as a “Best of the Year” recording by The Seattle Times and was featured on Performance Today on New York Public Radio.  Ms. Polk’s CD for Albany Records, Callisto, features the solo piano music of Judith Lang Zaimont.  Her CD titled Songs of Amy Beach, recorded with baritone Patrick Mason for Bridge Records, was nominated for a Grammy Award.  In 2010, Ms. Polk’s two-CD set of solo piano music by Fanny Mendelssohn Hensel, Songs for Pianofore, was released on the Newport Classic label.  Ms. Polk’s solo piano CD, titled Fanny and Felix Mendelssohn, was released in 2012 on the Bridge Records label.

In 2014, Ms. Polk’s CD titled The Flatterer, solo piano music of French Romantic composer Cécile Chaminade, was released on the Steinway and Sons Label.  The CD was a “Pick of the Week” on New York’s classical radio station WQXR, and debuted at number 1 on the Classical Billboard Chart.  In 2017, Joanne Polk’s CD, Gershwin & Wild, was released on the Steinway and Sons Label and features Earl Wild’s transcriptions of Gershwin songs, as well as Wild’s Piano Sonata.  American Record Guide called Ms. Polk’s playing on this CD, “plush and dreamily attractive…”

In 2014, Joanne Polk was named as one of Musical America’s Top 30 Professionals of the Year in an article titled, “Profiles in Courage.”  Ms. Polk’s profile focused on her work promoting the music of women composers. 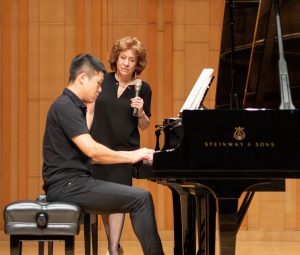 Ms. Polk received her Bachelor of Music and Master of Music Degrees from The Juilliard School, and her Doctor of Musical Arts Degree from Manhattan School of Music.  She has given master classes at many summer festivals and universities across the country, and in 2018 completed a five-city, three-week concert and master class tour of Taiwan and China.

Ms. Polk is a member of the piano faculty of Manhattan School of Music, and is an exclusive Steinway artist.